Welcome to my videogame collection!

On this site I list every game, console, controller, accessory and other object that's part of my Nintendo collection.

For a number of years, I have been collecting Nintendo games and gaming systems. I stopped collecting around 2005, so that's why you'll see more stuff from before that period. The typical Nintendo franchises like Mario and Zelda are personal favorites as well. Especially from the Zelda series I have several copies and some limited editions.

And now I have my own little digital corner on the internet where I can showcase my collection. I may have stopped collecting, but Nintendo will always have a special place in my gamer's heart. I don't have the possibility of putting my collection on display at home, but who does? So I decided to create a virtual version instead. And since playing games is a fairly virtual activity, this may actually be just as appropriate. In any case people all over the world can see it now, instead of only those that visit me.

Digital Nintendo goodness for everyone to enjoy! Please share a thought, recommendation or whatever else is on your mind. Preferably Nintendo related, of course 🙂

By many considered to be the start of all the great things to come: The Nintendo Entertainment System or NES. In Japan it's called Famicom. I never owned a NES back in the 80's or even in the 90's. However it still sparked something. I remember staying over at family for a couple of weeks in the late 80's. My cousin had a NES and so I was soon introduced to Super Mario Bros and shot my first virtual ducks from the sky. My cousins had already figured out much of the game. But I still remember that I found a hidden block with a beanstalk. This brought me to a warpzone leading to world 6,7 and even 8!

So as soon as I became an official Nintendo collector, I naturally had to add this great game system to my collection. My NES collection has never gotten as big as the ones of the other Nintendo platforms. I naturally had to have the Super Mario Bros series and the two Zelda games. The first two installments of one of the greatest video game series ever made. But apart from the Mario and Zelda titles there were no specific games that I felt compelled to chase after. This is mostly because I didn't use to play these games when I was young. So there is less nostalgia involved. But over the years I did grow a modest NES collection.

Check out my NES stuff here! 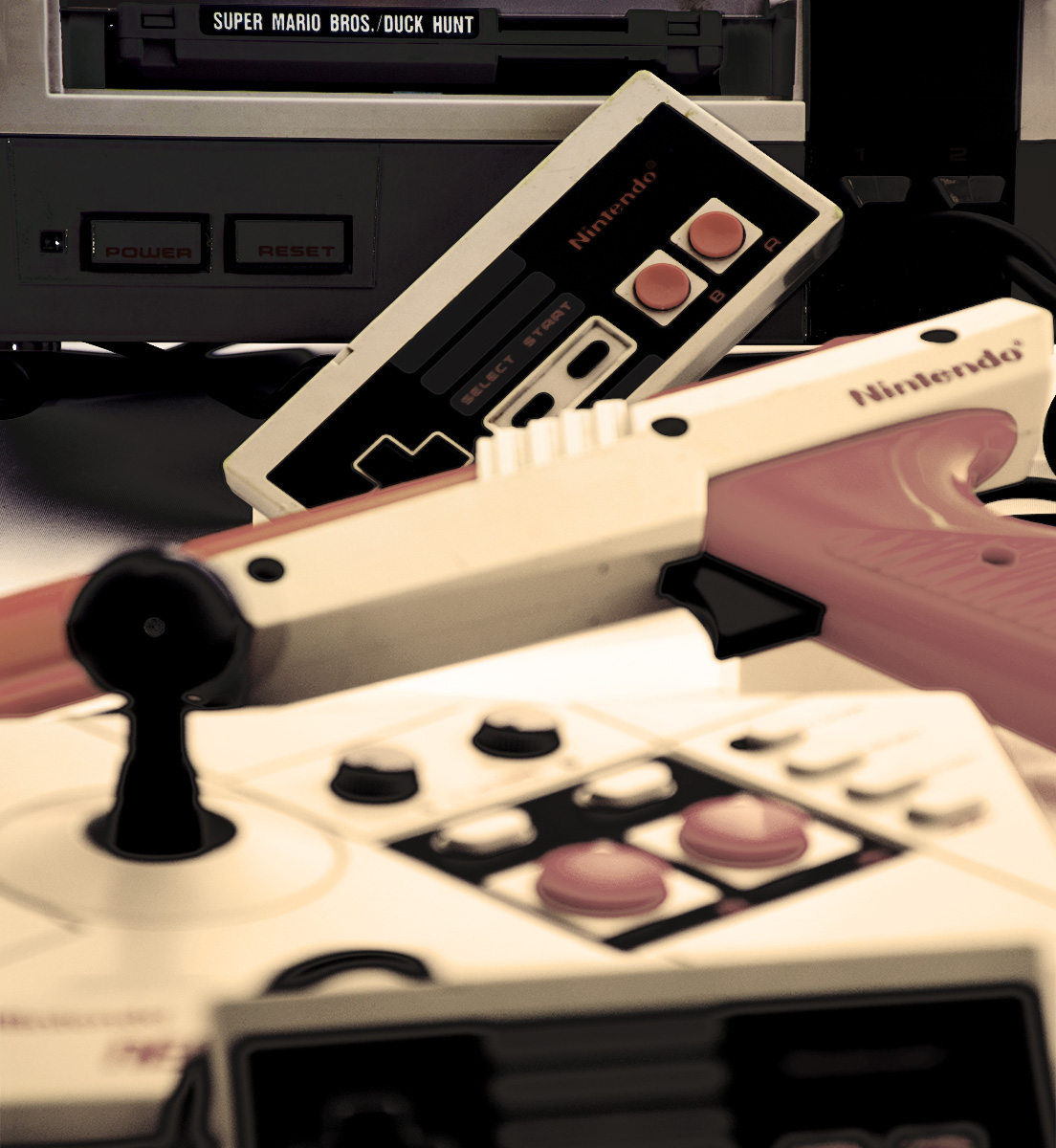 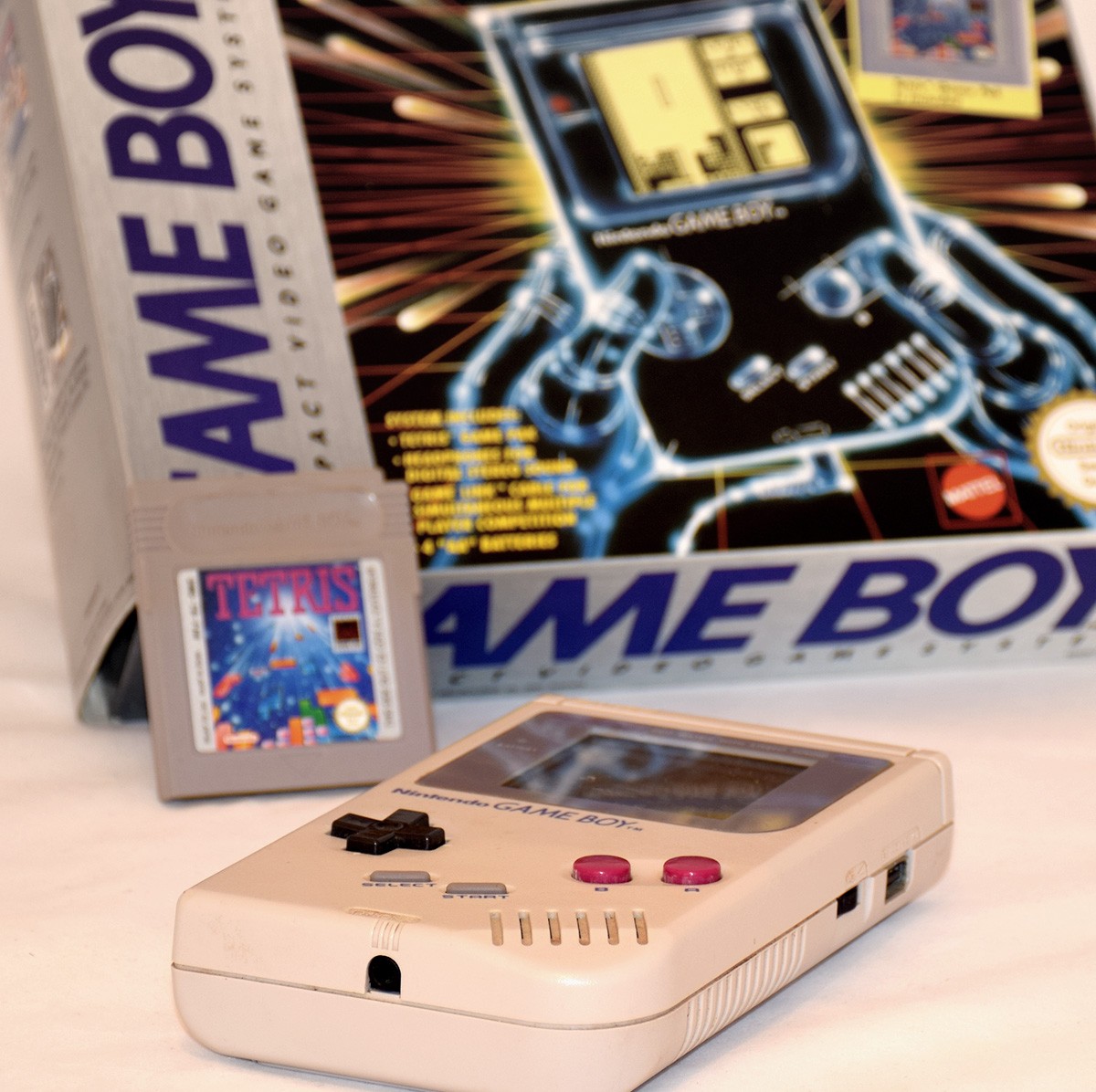 I generally consider the Game Boy to be the first Nintendo that I ever owned. That's not actually true, since I did own a Game & Watch game in the 80's. But in the early 90's I bought me a Game Boy. This was within a few days after playing the Game Boy of a friend next door. I was hooked and the possibility to compete against each other was especially appealing.

So I went by bicycle for about 18 kilometers to the closest town, where I was sure a store would have it in stock. I came back with the Game Boy and the famous Tetris game, which was included with the system. And a power supply to avoid having to use batteries all the time. The next day I went to my friend and we played Tetris against each other all day. It was great and insane. I remember closing my eyes and still seeing the blocks dropping.

The day after that, my friend went away for a vacation, so we had to get the most out of it while we had the chance. He had his GB already for a little while, and had a couple of other games. I was very happy that I could borrow his copy of Super Mario Land, since he already finished that. The next few years, I spent many hours on my Game Boy. I didn't have a lot of money so could only afford a new game once in a while. Luckily the number of people with a Game Boy grew steadily, so borrowing games happened a lot. The good old days.

The Super Nintendo Entertainment System for many people is the Nintendo at it's peak. For me personally it's certainly a system and era that holds many fond memories. Me and my younger brother and sister got a Super Mario World SNES set for Sinterklaas (Dutch version of Santa Claus). And if that wasn't mario platforming fun enough, my parents also threw in a copy of Super Mario Allstars. This game contains improved remakes of NES classics Super Mario Bros 1, 2, 3 and the more difficult Super Mario Bros: The Lost Levels. We had loads of fun with those games. And not in the least with the simple two-player one-on-one battle game Mario Bros that was included as well.

The SNES system has a huge library of games. I only played a small part of it, but that's still a big list. So many games from that time still hold up and plenty of active franchises stem from this period. Strange enough the games were more expensive back then. I remember first party titles usually cost about €58 (130 guilder), not considering the inflation. But third party title were often more expensive, with prices going up to €81 (180 guilder). Luckily, since the system was so popular, many games could be borrowed from friends and kids in the neighborhood. And not to forget renting games at the video rental shop.

To my SNES corner 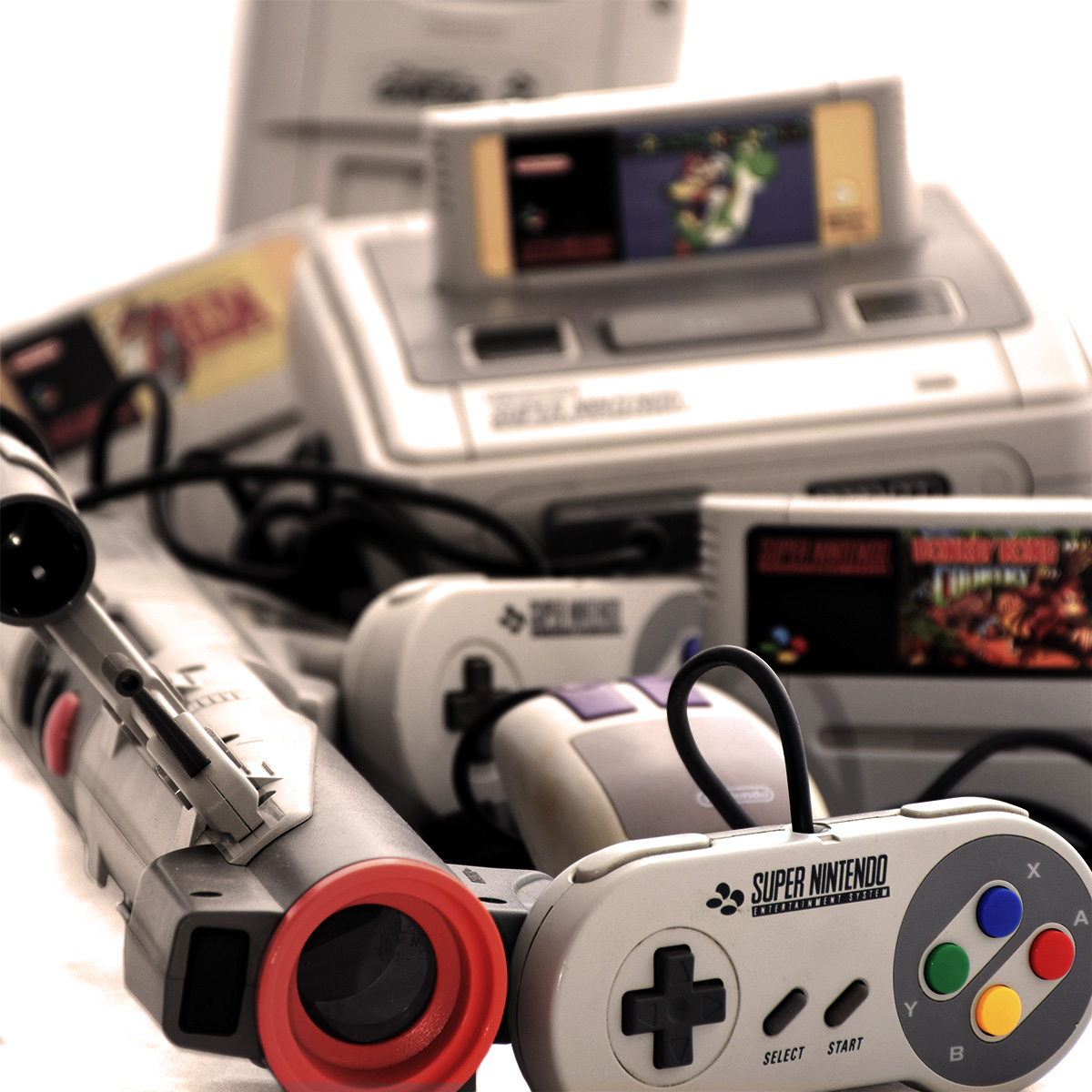 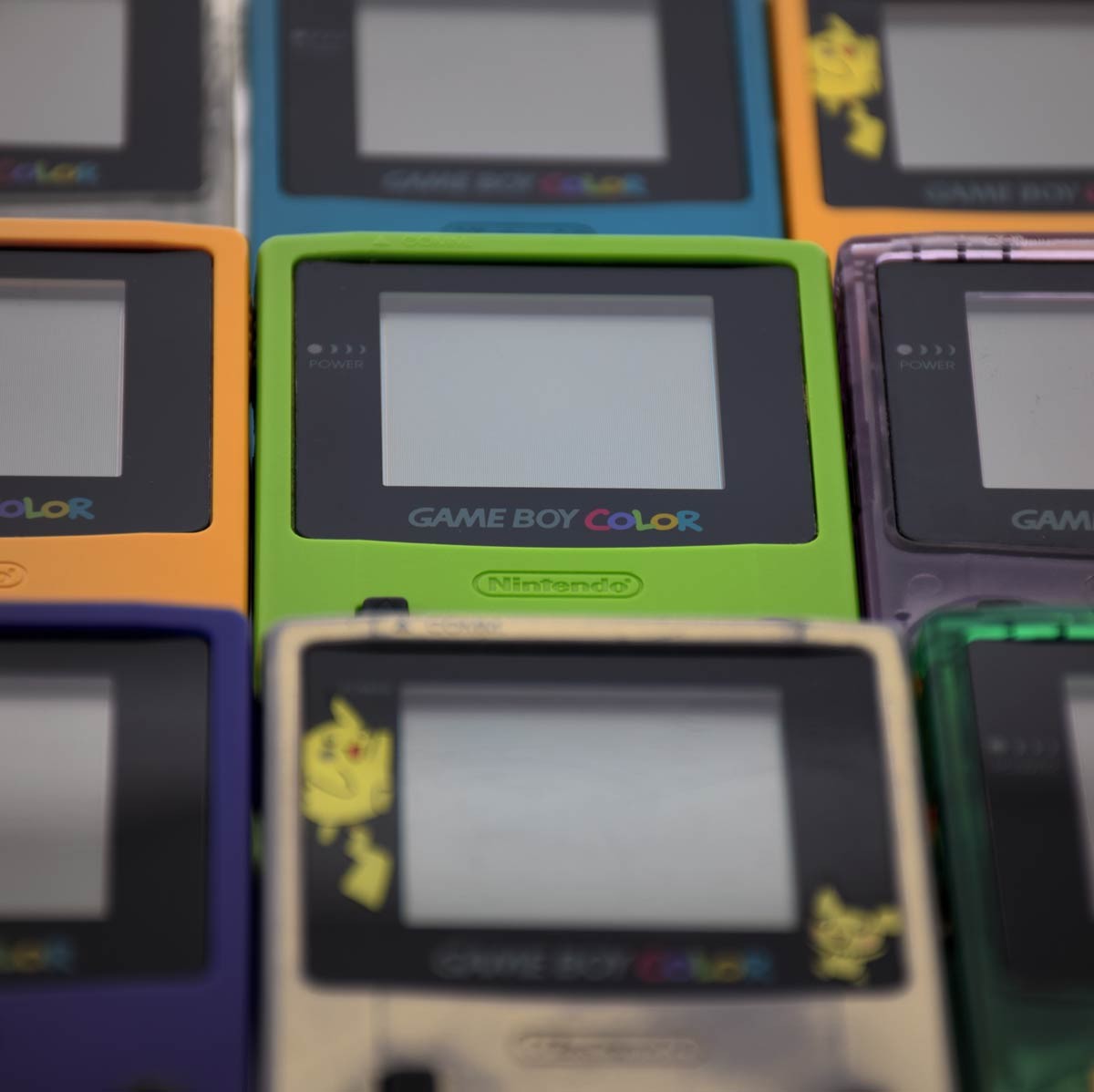 I bought my Game Boy Color system at the same time as that longtime friend I played so many games of Tetris against. We both wanted to upgrade our Tetris experience (yes, after more than six years, we still regularly battled each other with a game of Tetris). So we decided to pick up a Game Boy Color. I chose a light green system (kiwi) and I believe he grabbed a yellow one. Having different color systems helped to avoid us mix up our systems.

But the more important question was: Which Tetris game do we get? Eventually we choose for Magical Tetris Challenge, a Disney-themed version. This turned out to be a bit disappointing. I don't recall exactly why anymore, It may have been that the high scores in single player mode weren't saved or something along those lines. So not much later we both picked up a copy of Tetris DX, a game with less bells and whistles, but released by Nintendo itself. This was the better game for us. But unfortunately it still wasn't as good as the original in some regards. I guess after playing that oldie for so many years, we were pretty hardcore and didn't want too many changes.

Over the years I bought a bunch of Game Boy Color games, but today my memories of those games have faded somewhat. I think on the whole, I played less with Game Boy Color than with most other Nintendo systems. Thinking about it now, I'm pretty sure I missed several great games for Game Boy Color.

Over to my Game Boy Color stuff

The Nintendo 64 has always been a great system to me, even though I was a bit late to the '64-bit' party. Compared to the SNES it's success was much less and from this moment on, Nintendo has had many challenges getting third party support for their home consoles (Wii is probably the exception). But for me personally the N64 still offers plenty to get excited about. But unsurprisingly the majority of those are games from the big N itself.

What has made this generation especially good, was the ability to have four-player multiplayer out of the box. No extra hardware needed, just plug in four controllers. The most important advantage was that many more games supported four players. Many hours were spent playing games like Mario Golf, Goldeneye, and Bomberman. Top Gear Rally 2 was also very popular. Mostly because of the random track generator. The amount of randomness was limited, but you never knew how long the race was going to be. It could be as short as a minute, but could also be two or three times as long. So that kept the game fresh for a long time. And Mario Golf was brilliant as well. Especially the option for other players to let their characters yell all kinds of phrases during someone else his turn. The goal being to mess with their shot and help them miss it, of course!

In the single play area, games like Super Mario 64 and Zelda Ocarina of Time, practically redefined whole gaming genres. And to this day, these two games are still considered among the best ever made. I naturally agree. And Majora's Mask is a masterpiece as well. Especially since it is so different from the other Zelda games. And N64 is also the home of the first Paper Mario game, a series that I have enjoyed tremendously as well. 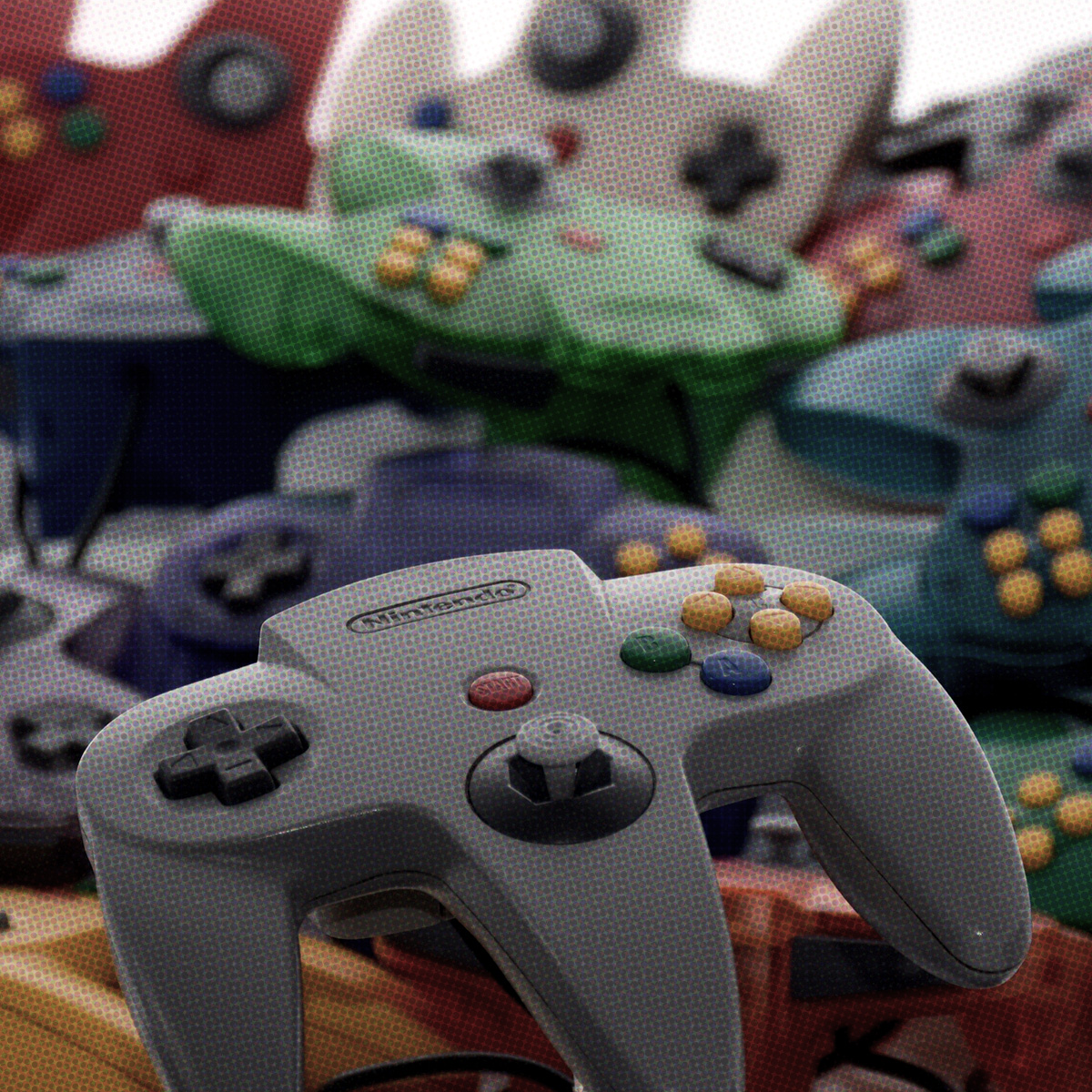 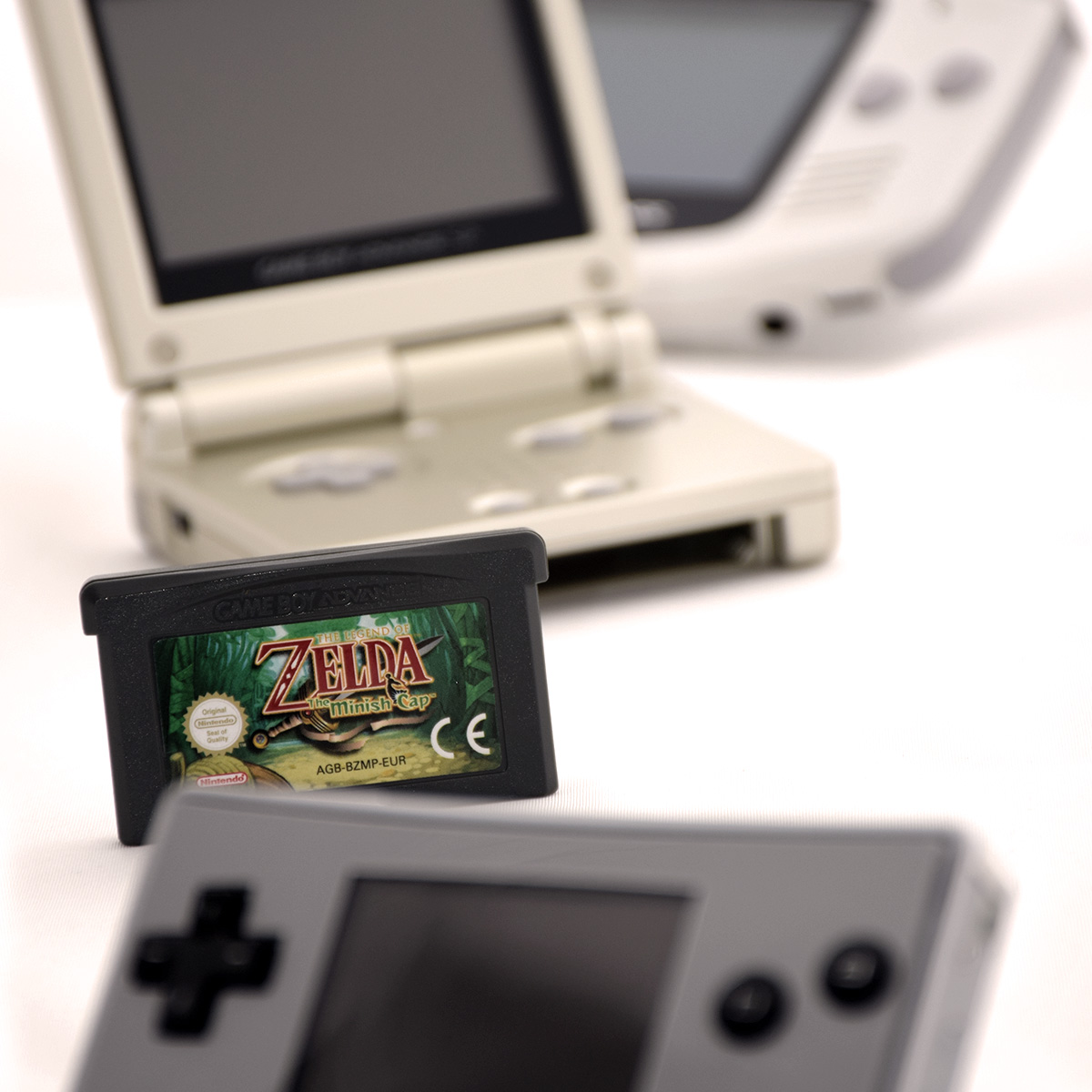 All my Game Boy Advance items 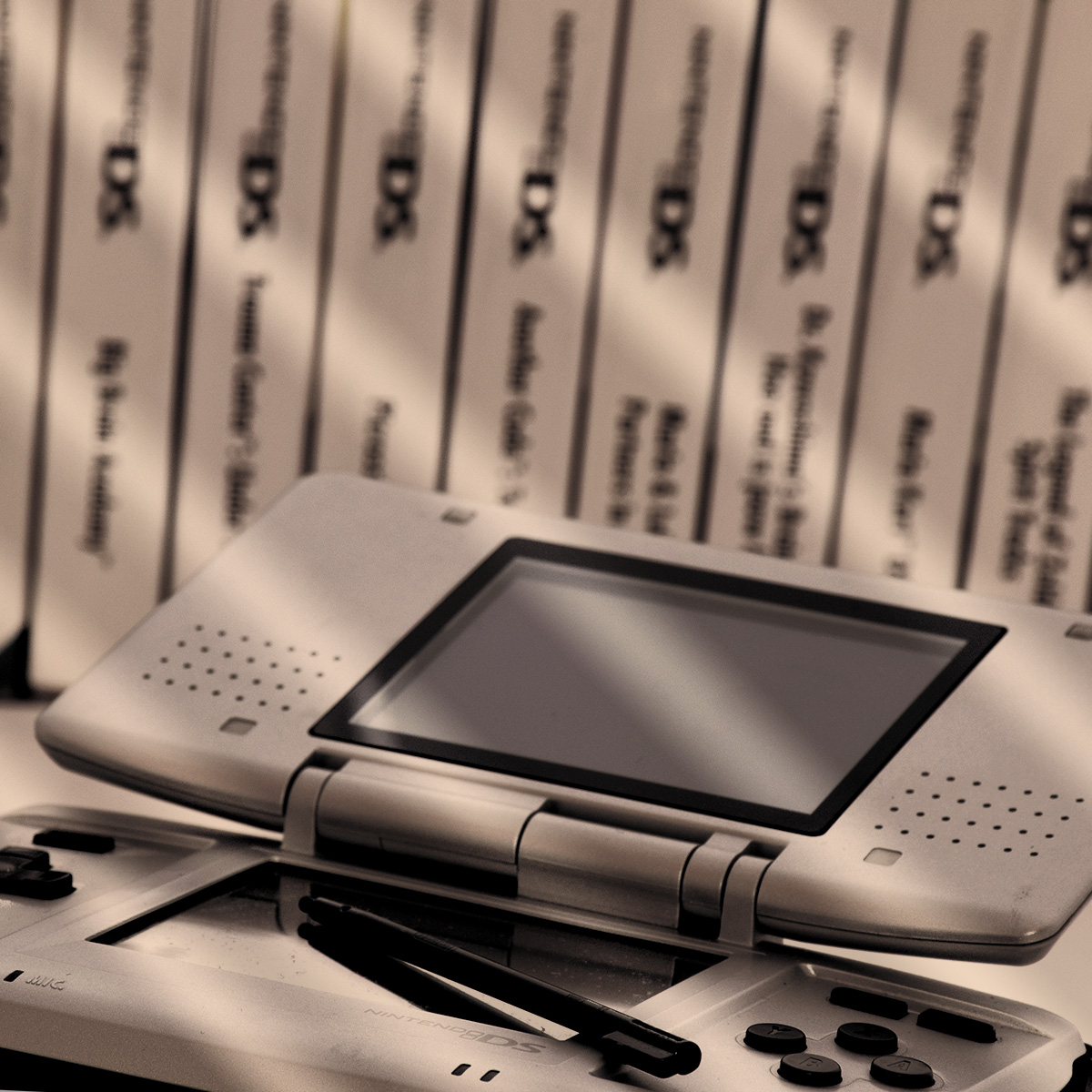 All my Wii goodness